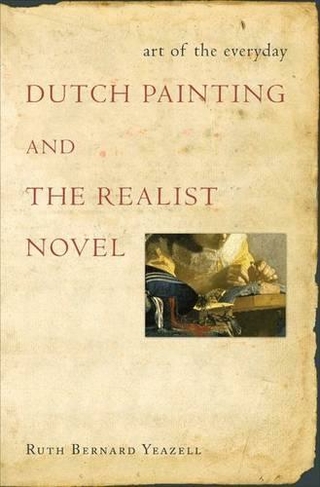 Art of the Everyday Dutch Painting and the Realist Novel

Realist novels are celebrated for their detailed attention to ordinary life. But two hundred years before the rise of literary realism, Dutch painters had already made an art of the everyday--pictures that served as a compelling model for the novelists who followed. By the mid-1800s, seventeenth-century Dutch painting figured virtually everywhere in the British and French fiction we esteem today as the vanguard of realism. Why were such writers drawn to this art of two centuries before? What does this tell us about the nature of realism? In this beautifully illustrated and elegantly written book, Ruth Yeazell explores the nineteenth century's fascination with Dutch painting, as well as its doubts about an art that had long challenged traditional values. After showing how persistent tensions between high theory and low genre shaped criticism of novels and pictures alike, Art of the Everyday turns to four major novelists--Honore de Balzac, George Eliot, Thomas Hardy, and Marcel Proust--who strongly identified their work with Dutch painting. For all these writers, Dutch art provided a model for training themselves to look closely at the particulars of middle-class life. Yet even as nineteenth-century novelists strove to create illusions of the real by modeling their narratives on Dutch pictures, Yeazell argues, they chafed at the model. A concluding chapter on Proust explains why the nineteenth century associated such realism with the past and shows how the rediscovery of Vermeer helped resolve the longstanding conflict between humble details and the aspirations of high art. 17 color plates. 55 halftones.

Ruth Bernard Yeazell is the Chace Family Professor of English and director of the Lewis Walpole Library at Yale University. Her books include "Harems of the Mind: Passages of Western Art and Literature".