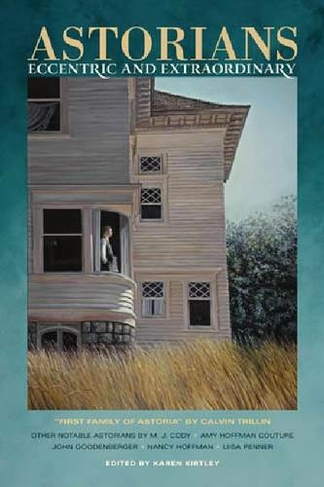 n 1993, The New Yorker published Calvin Trillin's memorable article on the eccentric Flavel family of Astoria, the descendants of Captain George Flavel, whose ornate Queen-Anne-style mansion is a tourist draw today. With Trillin's gracious consent, "First Family of Astoria" is reprinted in Part One of Astorians, Eccentric and Extraordinary, making its first appearance in book form. Part Two carries on the theme with portraits of fifty-five other notable Astorians. Five Oregon writers have captured the essence and the flavor of vivid personalities that include the notorious shanghaier Bridget Grant; the charming scoundrel Mayor Francis Clay Harley; the elusive English "barmaid" Jane Barnes, the first white woman in the Pacific Northwest; and Rolf Klep, who believed he could create a major maritime museum in an economically depressed town-and made it happen. In biology, it is said that the richest life forms reside at the edge of the ecosystem. Astoria epitomizes edges-the edge of the country, the edge of a great river, the edge of the Pacific Ocean, and the edge of our American culture. This book celebrates the larger-than-life quality that has appeared with regularity in the town's two-hundred-year history. As Steve Forrester, publisher of The Daily Astorian, notes in the book's introduction: "Extraordinary people are not necessarily eccentric. But eccentrics are driven to do extraordinary things."

Karen Kirtley, a freelance editor based in Portland, Oregon, teaches advanced editing in the Portland State University publishing program. She is most recently the editor of Pendleton Round-Up at 100: Oregon's Legendary Rodeo. She co-wrote, with Richard Newman, the biography Alma Rose: Vienna to Auschwitz, now available in German and Hebrew as well as the original English.