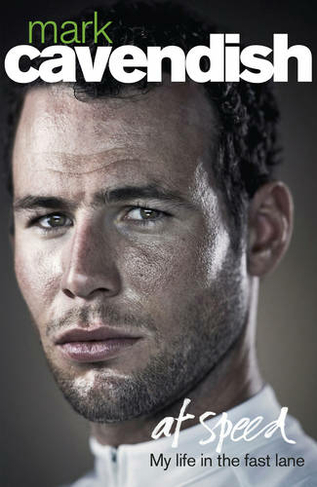 Mark Cavendish is the first British cyclist to win the Tour de France's green jersey, the first to wear the iconic rainbow jersey in almost 50 years and our only ever rider to capture the Giro d'Italia points title. He is the most prolific sprinter in the Tour's history, and, according to L'Equipe, the best sprinter of all time. But smashing records and racking up victories means whole new levels of fame: and this has come at a price. Living in the goldfish bowl, he has come under fire for his bombastic riding style and been portrayed as everything from an outlaw to a psychopath. Joining Sky in 2012, Cav soon found his own sprint interests to be incompatible with the team's other goals, while the expectations of a nation made his London Olympic failure hard to take. In 'At Speed' Cav takes you through the highs and lows of it all in intimate detail.

Born and raised on the Isle of Man, Mark Cavendish became a world track champion as a teenager in 2005, a Commonwealth Games gold medallist a year later and in 2008 regained his world title in partnership with Bradley Wiggins. He switched his focus to the more glamourous world of road cycling, andis widely regarded as the most exciting and charismatic rider to grace the sport in years. As well as achieving record-breaking performances in the Tour de France, he became the road race World Champion in 2011.