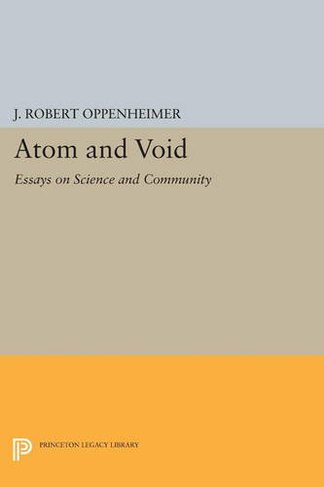 J. Robert Oppenheimer was one of the outstanding physicists of his generation. He was also an immensely gifted writer and speaker, who thought deeply about the way that scientific discoveries have changed the way people live and think. Displaying his subtlety of thought and expression as do few other documents, this book of his lectures discusses the moral and cultural implications of developments in modern physics. Originally published in 1989. The Princeton Legacy Library uses the latest print-on-demand technology to again make available previously out-of-print books from the distinguished backlist of Princeton University Press. These editions preserve the original texts of these important books while presenting them in durable paperback and hardcover editions. The goal of the Princeton Legacy Library is to vastly increase access to the rich scholarly heritage found in the thousands of books published by Princeton University Press since its founding in 1905.