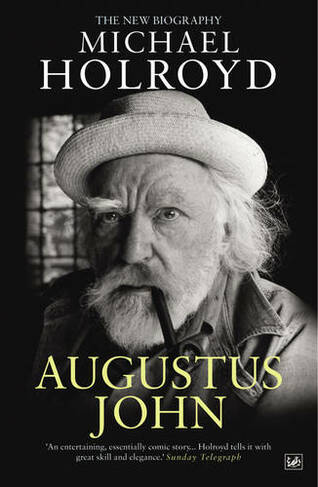 This 1997 revised and updated biography of the celebrated artist, using the mass of new material which has come to light since Holroyd's two-volume first edition in the mid 1970s, reveals the complete story of John and his circle, from one of our great biographers. John studied at the Slade with his sister Gwen before both of them went to Paris. He lived and worked at feverish speed and his drawings were astonishing for their fluid lyrical line, their vigor and spontaneity. His life became a complex tale of two cities, London and Paris, of two wives and many families. 'The age of Augustus John was dawning,' Virginia Woolf wrote of the year 1908, which saw many portraits of writers and artists and small glowing oil panels of figures in a landscape. His most striking work was done in the years before the First World War and when he died in 1961 his death was treated as a landmark signaling the end of a distant era.

Besides the biographies of Augustus John, Bernard Shaw and Lytton Strachey (which was filmed as Carrington), Michael Holroyd has written two volumes of memoirs, Basil Street Blues and Mosaic. He was president of the Royal Society of Literature from 2003 - 2008 and is the only non-fiction writer to have been awarded the British Literature Prize. He lives in London and Somerset with his wife, the novelist Margaret Drabble.