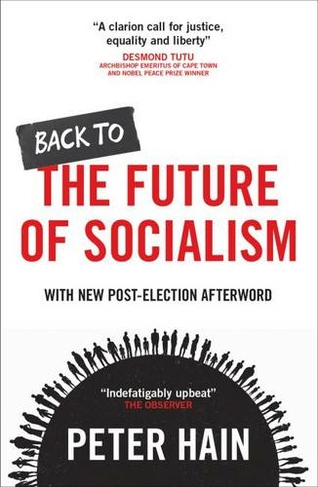 Back to the Future of Socialism

What's gone wrong with capitalism and how should governments respond? What does the future hold for the Left in the UK in the face of the austerity straitjacket around our politics and media? Anthony Crosland's The Future of Socialism (1956) provided a creed for governments of the centre left until the global banking crisis. Now Peter Hain presents an evidence-based case for a radical alternative to the neo-liberal economic agenda. A substantial new Afterword outlines what the Labour Party needs to do following the 2015 UK General Election to win again by returning to its core values of decency, social justice, equality and prosperity for all. A rousing alternative to the neoliberal, right-wing orthodoxy of our era, Hain's book is now even more essential reading for everyone interested in the future of the left.

Peter Hain was Labour MP for Neath from 1991 to 2015 and held a number of senior posts in Tony Blair and Gordon Brown's governments. After his South African family was forced into exile in 1966, he became a leader of the Anti-Apartheid Movement in Britain, also obtaining degrees at Queen Mary College, London, and Sussex University. Over nearly 50 years in UK politics Hain is known for favouring candour over caution, and plain speaking over political spin. He has published twenty books - including his memoirs Outside In (2012) - pamphlets and media articles, appearing widely on radio and television.