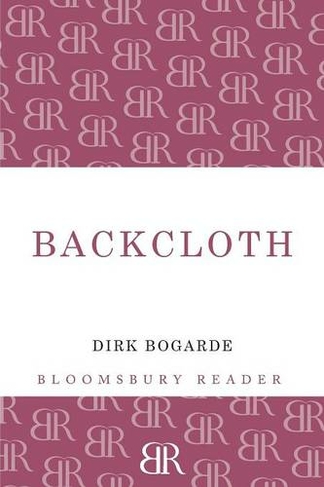 First published in 1986, Backcloth is volume four of Dirk Bogarde's best-selling memoirs Filling the gaps left between his previous memoirs, as well as highlighting new episodes, Backcloth explores the patterns of pleasure and pain that have made up Bogarde's extraordinary life. Based on personal letters, notebooks and diaries and covering many aspects of a celebrated life, we share experiences from his family home in Hampstead through to his farmhouse retreat in Provence. This memoir highlights the people, emotions and episodes that made him into the man that so many loved. It is an especially searching and intimate volume of his acclaimed memoirs. Written with all the honesty, wit and intelligence that have made Dirk Bogarde such a popular writer, Backcloth is both eloquent and touching. B&W line drawings throughout + 10pp B&W images printed on normal stock paper

Sir Dirk Bogarde was an English actor and novelist. Initially a matinee idol, Bogarde later acted in art-house films such as Death In Venice. As well as completing six novels, Bogarde wrote several volumes of autobiography.Between 1947 and 1991, Bogarde made more than sixty films. For over two decades he lived in Italy and France, where he began to write seriously.In 1985 he was awarded an honorary degree of Doctor of Letters by the University of St Andrews and in 1990 was promoted to Commandeur de l'Ordre des Arts et des Lettres by the French government.