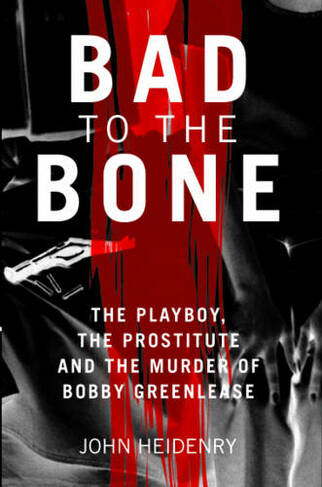 Bad to the Bone The Playboy, the Prostitute and the Murder of Bobby Greenlease

By John Heidenry (Author)
Paperback
https://www.whsmith.co.uk/products/bad-to-the-bone-the-playboy-the-prostitute-and-the-murder-of-bobby-gre/john-heidenry/paperback/9781844548712-01-000.html £7.35 rrp £7.99 Save £0.64 (8%)
GBP
Availability
Currently unavailable. We don't know when or if this item will be back in stock
Free Saver Delivery on orders over £20
Details
FREE SHIPPING over £20 for Saver Delivery
Share

One Monday morning in September 1953, Bobby Greenlease, the six-year-old son of a wealthy automobile dealer, was abducted from his exclusive elementary school in Kansas City. The kidnappers were Carl Austin Hall and Bonnie Heady, a dysfunctional pair of alcoholics. Just nine hours after Bobby was taken, a letter arrived at the Greenlease home, demanding the largest-ever ransom in American histroy at that time: $600,000 - the equivalent of around ten million today. But unbeknown to his frantic parents, Bobby was already dead. The abduction sparked an incredible tale of betrayal, corruption and murder that rocked the world. In this riveting account, John Heidenry crafts a haunting narrative, in the traditions of Capote's In Cold Blood, of one of the most fascinating cases of the twentieth century. Illustrations