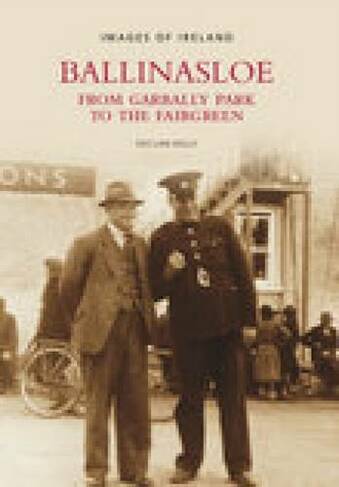 'Images of Ballinasloe' is a pictorial narration of one of County Galway's most venerable old towns. Declan Kelly has created a visual chronicle of a town steeped in history. He charts its progress from Patrician times down to the present day. It was through Ballinasloe's precincts that the armies of Aughrim marched into a bloody and decisive battle in 1691, and it was through its streets that Cardinal Wiseman, the leader of the English Church after the Restoration, was triumphantly drawn along in his carriage as over twenty thousand people went wild with joy. But His Eminence was no Ballinasloe man, and in 1956 a crowd of almost thirty thousand showed up to cheer on Joe Higgins, a native of the town, and the first 'King of the Fair'. In nearby Garbally House, on one occasion, Lady Clancarty 'Belle Bilton', a former music hall star, showed her contempt for the county families who turned their noses up at her lowly birth, by dancing a brilliant ballet that saw her reach her feet to the magnificent candelabra in derision of their snobbery. All of these events and more are regaled by Declan Kelly in this wonderful collection of both old and new photographs, most of which have never before been published. The reader is transported back in time and taken on a journey through the winding corridors of a town rich in history, culture and tradition.

Declan Kelly is a native of Ballinasloe. He now lives and works in the countryside outside Loughrea, County Galway. He is the author of Between the Lines of History: People of Ballinasloe and Meadow of the Miracles: A History of the Diocese of Clonfert.