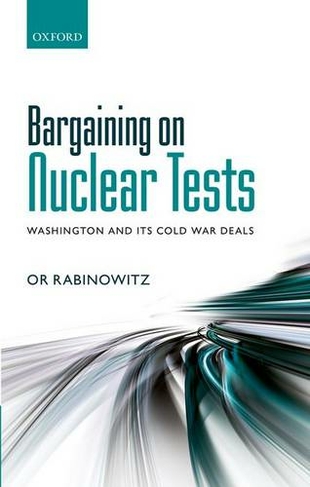 Bargaining on Nuclear Tests Washington and its Cold War Deals

Most observers who follow nuclear history agree on one major aspect regarding Israel's famous policy of nuclear ambiguity; mainly that it is an exception. More specifically, it is largely accepted that the 1969 Nixon-Meir understanding, which formally established Israel's policy of nuclear ambiguity and transformed it from an undeclared Israeli strategy into a long-lasting undisclosed bilateral agreement, was in fact a singularity, aimed at allowing Washington to turn a blind eye to the existence of an Israeli arsenal. According to conventional wisdom, this nuclear bargain was a foreign policy exception on behalf of Washington, an exception which reflected a relationship growing closer and warmer between the superpower leading the free world and its small Cold War associate. Contrary to the orthodox narrative, this research demonstrates that this was not the case. The 1969 bargain was not, in fact, an exception, but rather the first of three Cold War era deals on nuclear tests brokered by Washington with its Cold War associates, the other two being Pakistan and South Africa. These two deals are not well known and until now were discussed and explored in the literature in a very limited fashion. Bargaining on Nuclear Tests places the role of nuclear tests by American associates, as well as Washington's attempts to prevent and delay them, at the heart of a new nuclear history narrative.

Or (Ori) Rabinowitz, an Israeli Chevening Scholar, is a research associate at the Centre for Science and Security Studies, King's College London (KCL). She holds a PhD degree awarded by the War Studies Department of KCL, an MA degree in Security Studies and an LLB degree in Law, both from Tel-Aviv University. Dr Rabinowitz has worked as a news desk editor on Israel's 'Channel 10' news, Ma'ariv newspaper and the IDF radio station 'Galey Zahal', and at the press officeof the Israeli embassy in London.