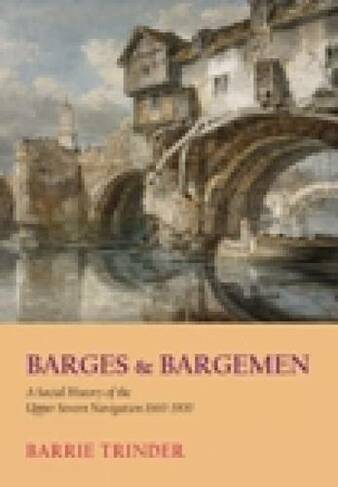 The carriage of goods in river barges was for centuries one of the principal forms of commercial transport in Britain. This book is the result of 40 years' research into river navigations that have left few paper records. The author focuses on the River Severn between the Worcestershire ports of Bewdley and Stourport, and the medieval weir near Welshpool that marks the uppermost limit of boating, a stretch where the river remained `in a state of nature'. Dr Trinder traces the fascinating history of river trade from 1660, through its heyday during the Industrial Revolution, when such key commodities as Manchester textiles, Coalbrookdale iron castings, Birmingham hardware, and Hanley and Burslem pottery were all transported via the Severn, to its gentle decline in the late 19th century as other modes of transport took over. A wide range of documentary, archaeological and pictorial sources combine to create an absorbing picture of the colourful lives of barge owners and watermen, in addition to illustrating how the navigation was devised and operated. Complemented by superb illustrations, this book makes essential reading for both transport historians and those interested in the social and economic history of the West Midlands and the Borderland. Family historians, too, will be delighted by the author's ground- breaking analysis of the linear riverside community that extended from Gloucestershire, through Worcestershire and Shropshire, into mid-Wales.

Barrie Trinder is an acknowledged authority on the history of industry and of towns, having written the standard work on the industrial landscapes of England and Wales, and the first comprehensive survey of 20th-century industrial archaeology in Britain. He edited the first Encylopedia of Industrial Archaeology and has lectured in most European countries as well as in Canada, Japan, South Africa and the United States. After a teaching career of nearly forty years, most of it in Shropshire, where for 15 years he was Senior Research Fellow at the Ironbridge Institute, he is now a freelance writer and lecturer.His other titles for Phillimore include The Industrial Revolution in Shropshire, A History of Shropshire and the jointly authored The Iron Bridge and Miners & Mariners of the Severn Gorge.