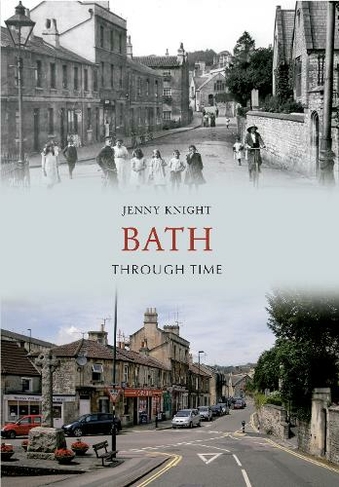 By Jenny Knight (Author)
Paperback
https://www.whsmith.co.uk/products/bath-through-time/jenny-knight/paperback/9781445606156-12-000.html £11.99 rrp £14.99 Save £3.00 (20%)
GBP
Availability
In Stock
Free Delivery Available When You Spend £25 Or More
Details
Spend £25 On Eligible Products To Receive Free Standard Delivery To You Home Or Free Next Working Day Click And Collect To Store
Share

The ancient city of Bath owes much to the location of hot springs in the valley of the River Avon. It was established as a spa town by the Romans and the springs have remained in use since then, renowned for their health-giving properties. It was, however, during the Georgian era that Bath flourished. Jane Austen lived here for a short period and used the city as a setting for Northanger Abbey and Persuasion. In 1987 Bath was designated a World Heritage Site, recognising its unique historical significance. Unsurprisingly, it has become one of the most popular tourist destinations in Britain. Museums, theatres and, of course, the Baths themselves, attract no fewer than 4 million visitors each year. In a fascinating selection of old and new photographs, Bath Through Time charts how the city has changed over the years. 180 Illustrations, unspecified

Jenny Knight is a local historian based in Gloucestershire.