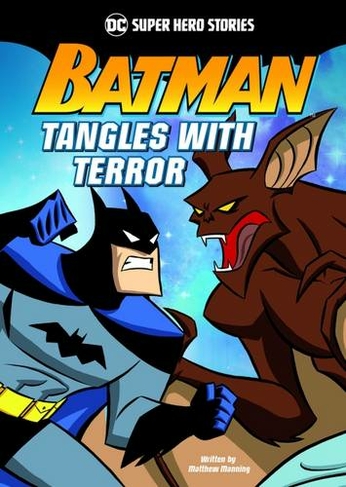 Batman is forced to face his fear of bats again when Man-Bat surfaces in Gotham. To defeat Man-Bat, Bruce Wayne must think back to how he overcame his fears when he was younger.

The author of the Amazon best-selling hardcover Batman: A Visual History, Matthew K. Manning has contributed to many comic books, including Beware the Batman, Spider-Man Unlimited, Pirates of the Caribbean: Six Sea Shanties, Justice League Adventures, Looney Tunes, and Scooby-Doo, Where Are You? When not writing comics themselves, Manning often authors books about comics, as well as a series of young reader books starring Superman, Batman, and the Flash for Capstone. He currently resides in Asheville, North Carolina with his wife Dorothy and their two daughters, Lillian and Gwendolyn. Visit him online at www.matthewkmanning.com. Ethen Beaver is a professional comic book artist from Modesto, California. His best-known works for DC Comics include Justice League Unlimited and Legion of Superheroes in the 31st Century. He has also illustrated for other top publishers, including Marvel, Dark Horse, and Abrams.