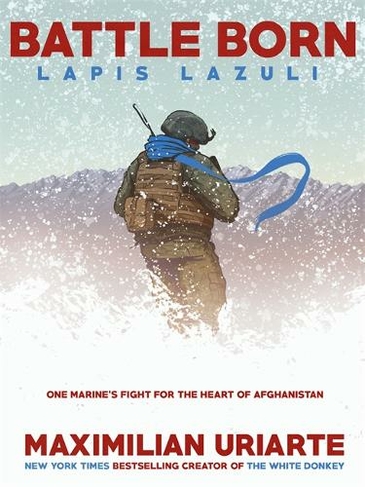 The new graphic novel by the New York Times bestselling author, a heartbreaking and visceral examination of prejudice and the military remnants of colonialism set against the stark beauty of Afghanistan's mountain villages Lapis Lazuli is a rich blue semi-precious gemstone found deep within the Saresang Mountains of Afghanistan's Badakhshan province. For thousands of years, the people of Badakhshan have lived peacefully, seemingly untouched by time itself. However, in recent years, war has found its way into these remote villages, as the Taliban have sought the riches buried within the mountains of Badakhshan. This extremist group of Taliban fighters, known to the locals as the Horsemen, have recently taken control of the lucrative gemstone export market, focusing much of their energy on the sale of Lapis Lazuli. At the behest of the fledgling Afghan government, United States Marines are sent to this treacherous and remote region to combat the Taliban and restore the gemstone trade to the people of the mountains. Led by Sergeant King-a stoic and commanding presence whose contained exterior hides a violent shadow-the Marines find themselves in an epic clash of kings for control of the Badakhshan Mountains. Battle Born is about violence in all its forms--"civilized" and detached; close, brutal and extreme. But, most of all, it is also the story of human connection and human kindness.

Battle Born was written and illustrated by infantry Marine and Iraq veteran Maximilian Uriarte, creator of the hit comic strip 'Terminal Lance.' Uriarte enlisted in the United States Marine Corps in 2006 at the age of 19 and served for four years. During his first deployment to Iraq in 2007 he served as an MRAP turret gunner and dismount of India Company's 'Jump' platoon in the Zaidon region southeast of Fallujah. He deployed to Iraq again in 2009 as a billeted Combat Photographer and Combat Artist, then enrolling in California College of the Arts. He is the author of The Terminal Lance Ultimate Omnibus and White Donkey.