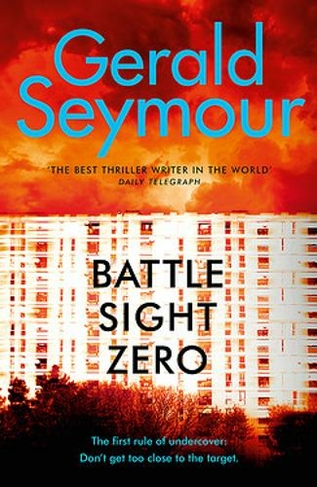 The Kalashnikov AK47. A weapon with a unique image. A symbol of freedom fighters and terrorists across the globe. Undercover officer Andy Knight has infiltrated an extremist group intent on bringing the rifle to Britain - something MI5 have been struggling for years to prevent. He befriends Zeinab, the young Muslim student from Yorkshire who is at the centre of the plot. All Zeinab needs to do is travel to the impoverished high-rise estates of Marseilles and bring one rifle home on a test run. Then many more will follow - and with them would come killing on an horrendous scale. Zeinab is both passionate and attractive, and though Andy knows that the golden rule of undercover work is not to get emotionally attached to the target, sometimes rules are impossible to follow. Supremely suspenseful, Battle Sight Zero follows Andy and Zeinab to the lethal badlands of the French port city, simultaneously tracking the extraordinary life journey of the blood-soaked weapon they are destined to be handed there.

Gerald Seymour exploded onto the literary scene in 1975 with the massive bestseller HARRY'S GAME. The first major thriller to tackle the modern troubles in Northern Ireland, it was described by Frederick Forsyth as 'like nothing else I have ever read' and it changed the landscape of the British thriller forever.Gerald Seymour was a reporter at ITN for fifteen years. He covered events in Vietnam, Borneo, Aden, the Munich Olympics, Israel and Northern Ireland. He has been a full-time writer since 1978.