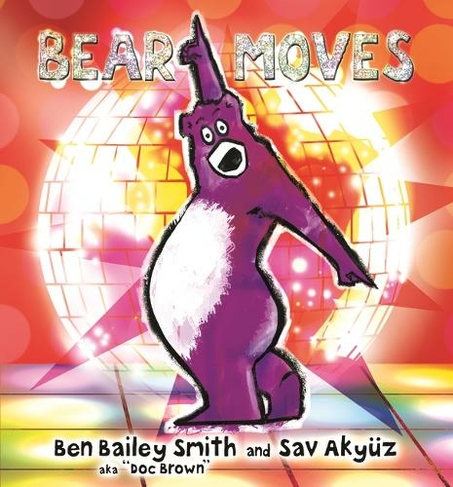 Everyone's favourite purple bear is back and bolder than ever in this laugh-out-loud page turner from Ben Bailey Smith and Sav Akyuz. With funny word play and bold imagery, actor Ben Bailey Smith and artist Sav Akyuz have created a Bear to remember. If there's one thing Bear knows, it's how to move. And when the music starts up, Bear just can't help grooving to the beat - spinning round, belly dancing and even doing the foxtrot. This infectiously rhythmic and hilariously funny sequel to I Am Bear will keep readers in stitches from start to finish. full colour

Ben Bailey Smith, aka Doc Brown, is a British actor, rapper, comedian and screenwriter,and creator of the BAFTA-nominated CBBC comedy 4 O'Clock Club. As an actor, Smith has played roles in the acclaimed BBC series Rev and Miranda, as well as Channel 4's The Inbetweeners. He currently plays DS Joe Hawkins in Law & Order UK.Sav Akyuz is a storyboard artist and director.