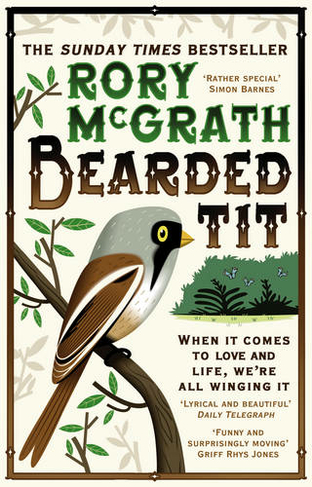 Bearded Tit is Rory McGrath's story of life among birds. From a Cornish boyhood wandering gorse-tipped cliffs listening to the song of the yellowhammer with his imaginary girlfriend, or drawing gravity-defying jackdaws in class when he should have been applying himself to physics, to quoting the Latin names of birds to give himself a fighting chance of a future with JJ - the most beautiful girl he had ever seen. As an adult, or what passes for one, Rory recounts becoming a card-carrying birdwatcher, observing his first skylark - peerless king of the summer sky - while stoned; his repeatedly failed attempts to get up at the crack of dawn like the real twitchers; and his flawed bid to educate his utterly unreconstructed drinking mate Danny in the ways of birding. Rory's tale is a thoroughly educational, occasionally lyrical and highly amusing romp through the hidden byways of birdwatching and, more importantly, a love story you'll never forget.

Rory McGrath was born in the last century. He studied at Redruth Grammar School and Emmanuel College, Cambridge. He is one of the best-known faces in British comedy, appearing in programmes such as They Think It's All Over, QI and Three Men in a Boat. He was a co-founder of TV production company Hat Trick Productions, and has written jokes for many comedians, including Frankie Howard. He lives in Cambridge and supports Arsenal.