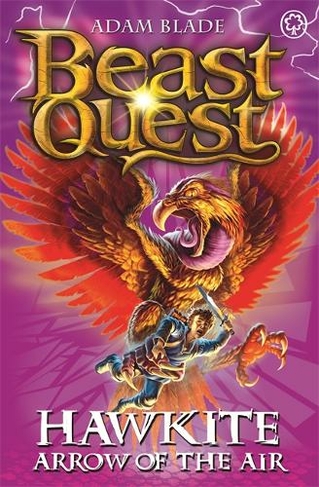 Battle fearsome beasts and fight evil with Tom and Elenna in the bestselling adventure series for boys and girls aged 7 and up. Fearsome Hawkite has destroyed the crops of Gwildor and the people are starving. Tom must stop their suffering and free the Mistress of the Beasts. But can he convince the hostile villagers he is there to help - and how will he fight a Beast in the air? There are SIX thrilling adventures to collect in the Beast Quest: The Shade of Death series: Krabb Master of the Sea; Hawkite Arrow of the Air; Rokk the Walking Mountain; Koldo the Arctic Warrior; Trema the Earth Lord; Amictus the Bug Queen. If you like Beast Quest, check out Adam Blade's other series: Team Hero, Sea Quest and Beast Quest: New Blood!