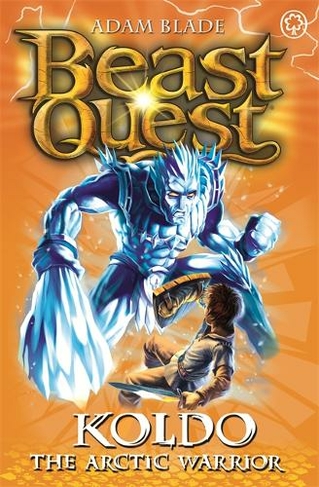 Battle fearsome beasts and fight evil with Tom and Elenna in the bestselling adventure series for boys and girls aged 7 and up. Gwildor's arctic people have cruelly imprisoned Koldo the Arctic Warrior. Koldo is a good Beast who wants to protect the land, so Tom sets about freeing him. But the shocking arrival of Freya, Mistress of the Beasts, brings a new and terrible danger... There are SIX thrilling adventures to collect in the Beast Quest: The Shade of Death series: Krabb Master of the Sea; Hawkite Arrow of the Air; Rokk the Walking Mountain; Koldo the Arctic Warrior; Trema the Earth Lord; Amictus the Bug Queen. If you like Beast Quest, check out Adam Blade's other series: Team Hero, Sea Quest and Beast Quest: New Blood!