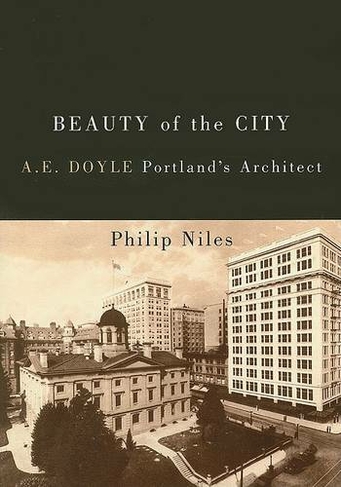 Beauty of the City: A. E. Doyle, Portland?s Architect

All new things built with the idea of preserving the beauty of the city and adding to it.? A. E. DoyleThe Central Library, Benson Hotel, Reed College, the Meier & Frank building, the U.S. National Bank these are just a few of the grand Portland icons designed by Albert E. Doyle. During a period of rapid growth in Portland, Oregon, after the Lewis & Clark Centennial Exposition and before the Great Depression, Doyle (1877-1928) was the city's most important architect. Beauty of the City is the first biography of this celebrated architect. Doyle's career was short, just twenty-one years. Yet everywhere Portland retains his imprint. Many of Doyle's classical, often white terra-cotta buildings became venerable city landmarks. He also designed Portland residences, Neahkahnie beach cottages, and houses and banks in Oregon and Washington.Using A. E. Doyle's own diaries and letters and his firm's records, historian Philip Niles traces the architect's life and times in the context of the burgeoning cityscape. As Portland expanded beyond its frontier origins and provincialism, Doyle helped introduce East Coast and European sophistication. Indeed, his refined sensibility influenced the development of the Northwest Regional Style by Pietro Belluschi and John Yeon, among others. Doyle set the standard for elegance and proportion that later architects adapted to more modern styles?his standard defines Portland's vibrant core and contributes to the city's beauty as much today as it did eighty years ago.Readers interested in Northwest history and culture will appreciate this compelling and richly illustrated biography of ?Portland's architect and the parallel story of the growth of the city. Likewise, architectural historians and those seeking to better understand Portland's architectural heritage will enjoy reading of Doyle's contributions to this celebrated cityscape. illustrations