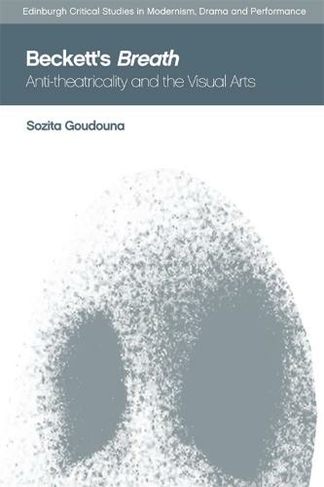 Samuel Beckett, one of the most prominent playwrights of the twentieth century, wrote a thirty-second playlet for the stage that does not include actors, text, characters or drama but only stage directions. Breath (1969) is the focus and the only theatrical text examined in this study, which demonstrates how the piece became emblematic of the interdisciplinary exchanges that occur in Beckett's later writings, and of the cross-fertilisation of the theatre with the visual arts. The book attends to fifty breath-related artworks (including sculpture, painting, new media, sound art, performance art) and contextualises Beckett's Breath within the intermedial and high-modernist discourse thereby contributing to the expanding field of intermedial Beckett criticism. 18 B/W illustrations

Sozita Goudouna is Andrew W. Mellon Fellow at the Performa Institute in New York. She co-curates, with Paul B. Preciado, a project for 'The Parliament of Bodies' at Documenta 14 and was a consultant for the Onassis Festival NYC in 2016.