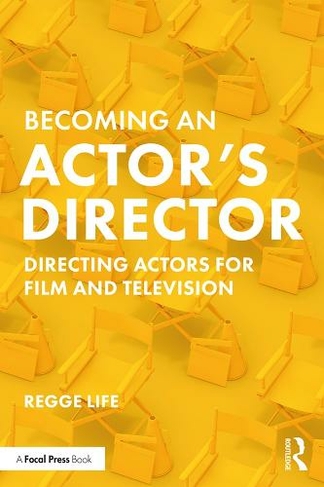 Becoming an Actor's Director: Directing Actors for Film and Television

The collaboration of director and actor is the cornerstone of narrative filmmaking. This book provides the director with a concrete step-by-step guide to preparation that connects the fundamentals of film-script analysis with the actor's process of preparation. This book starts with how to identify the overall scope of a project from the creative perspective of the director as it relates to guiding an actor, before providing a blueprint for preparation that includes script analysis, previsualization, and procedures for rehearsal and capture. This methodology allows the director to uncover the similarities and differences between actor and director in their preparation to facilitate the development of a collaborative dialogue. Featuring chapter-by-chapter exercises and assignments throughout, this book provides a method that enables the director to be present during every stage of production and seamlessly move from prep to filming, while guiding the actor to their best performances. Written in a clear and concise manner, it is ideal for students of directing, early career, and self-taught directors, as well as cinematographers, producers, or screenwriters looking to turn their hand to directing for the first time. 67 Halftones, black and white

Regge Life is a producer, director and writer for film and television. He is currently the Senior Distinguished Director in Residence at Emerson College in Boston, MA, and has enjoyed a continuing career in film, theater, and television. His most recent work is a film adaptation of the Akutagawa Prize-winning novel Cocktail Party by Tatsuhiro Oshiro. He is a member of the Directors Guild of America, Stage Directors and Choreographers Society, four-time CINE Award winner, Sony Innovator, Fulbright Journalist Fellow, Emmy Nominee, and member of the Black Filmmakers Hall of Fame.