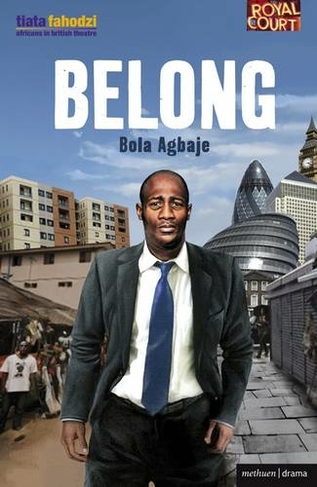 'Supporters keh. Forget this country. How many year have you lived here...? Your English is better than the Queen's and they still call you...' When Kayode's election campaign for a seat in parliament fails, the Nigerian born MP falls into a pit of depression. Angry and confused, he blames his loss on his ethnicity, despite being beaten by another black candidate. His subsequent remarks to the press force him into hiding. Disgraced and, according to his friend, 'in need of a holiday', he returns to his native Nigeria hoping to escape politics. But here he meets his adopted brother, who is deeply involved in the corrupt politics of his homeland. Kayode's determination to change things emerges with fierce vehemence, as he becomes dangerously involved in a political power struggle. Bola Agbaje's satirical new play questions our notion of home. It examines what it is to be both a British and African citizen, and what happens when corruption in the two nations seems impossible to overcome.

Bola was a member of the Young Writers' Programme at the Royal Court Theatre and her first play, Gone Too Far!, premiered there in February 2007. The production won a 2008 Olivier Award for Outstanding Achievement in an Affiliate Theatre and transferred to the Royal Court Theatre Downstairs for a sell-out run. Bola's second full play, Detaining Justice played at the Tricycle Theatre as part of the prestigious Not Black and White season 2009 and her next play Off The Endz opened at the Royal Court Theatre, 2010. She is Pearson Playwright in Residence at Paines Plough, and is currently adapting Gone Too Far! for the UK Film Council and Poisson Rouge Pictures.