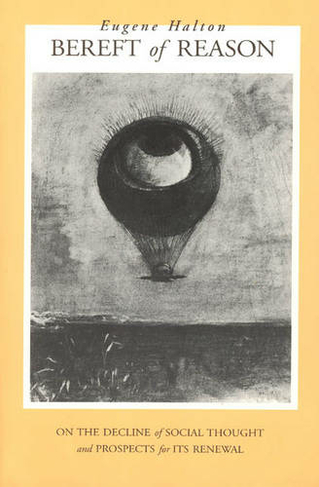 In this critique of contemporary social theory, Eugene Halton argues that both modernism and postmodernism are damaged philosophies whose acceptance of the myths of the mind/body dichotomy make them incapable of solving our social dilemmas. Claiming that human beings should be understood as far more than simply a form of knowledge, social construction or contingent difference, Halton argues that contemporary thought has lost touch with the spontaneous passions - or enchantment - of life. Exploring neglected works in 20th-century social thought and philosophy - particularly the writings of Lewis Mumford and Charles Peirce - as well as the work of contemporary writers such as Vaclav Havel, Maya Angelou, Milan Kundera, Doris Lessing and Victor Turner, Halton argues that reason is dependent upon non-rational forces - including sentiment, instinct, conjecture, imagination and experience. We must, he argues, frame our questions in a way which encompasses both enchantment and critical reason, and he offers an outline here for doing so. 2 halftones, 1 table