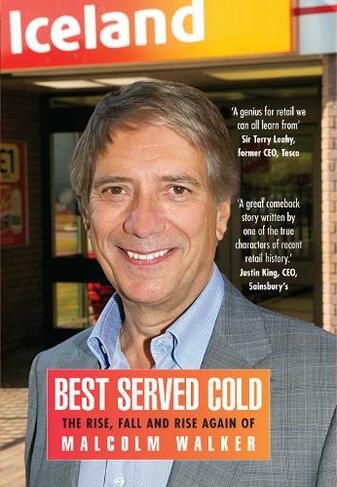 This is the dramatic story of the ups and downs of a born entrepreneur. Malcolm Walker was born in the West Riding of Yorkshire in 1946. With fellow Woolworth's trainee manager Peter Hinchcliffe, Walker opened a small frozen food shop called Iceland in the Shropshire town of Oswestry in 1970. Iceland became a public company 14 years later, through one of Britain's most successful stock exchange flotations of all time, and by 1999 it had grown into a GBP2 billion turnover business with 760 stores. In August 2000, Iceland merged with the Booker cash and carry business and Walker announced that he would step down as CEO in March 2001. In preparation for his retirement, he sold half his shares in the company and left for the holiday of a lifetime in the Maldives. However, while he was away the new management of the company slashed profit expectations, plunging Iceland into a GBP26m loss rather than the GBP130m profit the City had been expecting. Walker was fired and spent three years under investigation by the authorities before being cleared of any wrongdoing. In Walker's absence, Iceland's sales collapsed as customers deserted the company - and, almost exactly four years after he had left the business, he returned as its boss. His amazing revival of Iceland has seen like-for-like sales grow by more than 50% and the business winning the accolade of Best Big Company To Work For In the UK. In March 2012 Walker led a GBP1.5bn management buyout of the company and is now personally worth over GBP200m. The incredible story of Walker's life - which he tells here for the first time - is as dramatic as any you will find in business, and it serves as a model for how, through hard work and intelligent risk-taking, it is possible from a relatively modest upbringing to build a national enterprise and a household name known to millions. 6 Plates, color

Malcolm Walker co-founded Iceland in 1970 and was its Chairman and Chief Executive through 30 years of continuous sales growth. He left Iceland under a cloud early in 2001, but returned four years later to lead a transformation in its performance. Iceland today has sales of GBP2.6 billion, 800 stores and 25,000 employees, and is recognised as one of the Best Companies to Work For in the UK.