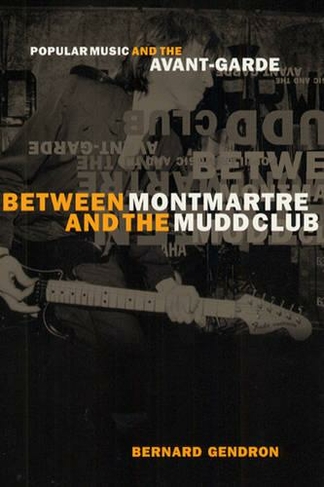 Between Montmartre and the Mudd Club: Popular Music and the Avant-garde (73rd ed.)

During the late 19th and early 20th centuries, popular music was considered nothing but vulgar entertainment. Today, jazz and rock music are seen as forms of art, and their practitioners are regularly accorded a status on par with the cultural and political elite. To take just one recent example, Bono, lead singer and lyricist of the rock band U2, got equal and sometimes higher billing than Pope John Paul II for their shared efforts in the Jubilee 2000 debt-relief project. When and how did popular music earn so much cultural capital? To find out, Bernard Gendron investigates five key historical moments when popular music and avant-garde art transgressed the rigid boundaries separating high and low culture to form friendly alliances. He begins at the end of the 19th century in Paris's Montmartre district, where caborets showcased popular music alongside poetry readings in spaces decorated with modernist art works. Two decades later, Parisian poets and musicians "slumming" in jazz clubs assimilated jazz's aesthetics in their performances and compositions. In the bebop revolution in mid-1940s America, jazz returned the compliment by absorbing modernist devices and postures, in effect transforming itself into an avant-garde art form. Mid-1960s rock music, under the leadership of the Beatles, went from being reviled as vulgar to being acclaimed as a cutting-edge art form. Finally, Gendron takes us to the Mudd Club in the late 1970s, where New York punk and new wave rockers were setting the aesthetic agenda for a new generation of artists. "Between Montmartre and the Mudd Club" should be on the shelves of anyone interested in the intersections between high and low culture, art and music, or history and aesthetics. 12 halftones

Bernard Gendron is professor of philosophy at the University of Wisconsin-Milwaukee. He is the author of Technology and the Human Condition.