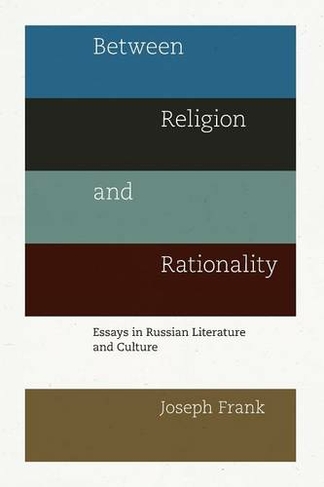 Between Religion and Rationality Essays in Russian Literature and Culture

In this book, acclaimed Dostoevsky biographer Joseph Frank explores some of the most important aspects of nineteenth and twentieth century Russian culture, literature, and history. Delving into the distinctions of the Russian novel as well as the conflicts between the religious peasant world and the educated Russian elite, Between Religion and Rationality displays the cogent reflections of one of the most distinguished and versatile critics in the field. Frank's essays provide a discriminating look at four of Dostoevsky's most famous novels, discuss the debate between J. M. Coetzee and Mario Vargas Llosa on the issue of Dostoevsky and evil, and confront Dostoevsky's anti-Semitism. The collection also examines such topics as Orlando Figes's sweeping survey of the history of Russian culture, the life of Pushkin, and Oblomov's influence on Samuel Beckett. Investigating the omnipresent religious theme that runs throughout Russian culture, even in the antireligious Chekhov, Frank argues that no other major European literature was as much preoccupied as the Russian with the tensions between religion and rationality. Between Religion and Rationality highlights this unique quality of Russian literature and culture, offering insights for general readers and experts alike.

Joseph Frank is professor emeritus of Slavic and comparative literature at Stanford and Princeton. The five volumes of his Dostoevsky biography, published between 1976 and 2002, won a National Book Critics Circle Award, a "Los Angeles Times" book prize, two James Russell Lowell Prizes, two Christian Gauss Awards, and other honors. In 2008, the American Association for the Advancement of Slavic Studies awarded Frank its highest honor.