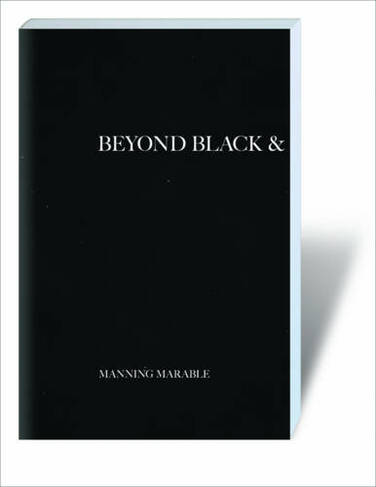 By Manning Marable (Author)
Hardback
https://www.whsmith.co.uk/products/beyond-black-and-white-transforming-africanamerican-politics-2nd-ed/manning-marable/hardback/9781844673827-01-000.html £70.00
GBP
Availability
Currently unavailable. We don't know when or if this item will be back in stock
Share

America's foremost radical black intellectual dissects the 'new racism'. Many in the US, including Barack Obama, have called for a 'post-racial' politics: yet race still divides the country politically, economically and socially. In this expanded new edition of a highly acclaimed work, Manning Marable rejects both liberal inclusionist strategies and the separatist politics of Louis Farrakhan, arguing powerfully for a new 'transformationist' strategy which retains a distinctive black cultural identity but draws together all the poor and exploited in a united struggle against oppression. In a substantial new introduction, Marable looks back at the last ten years of African-American politics and struggles against racism, outlining a powerful analysis of the New Racial Domain that has been consolidated.