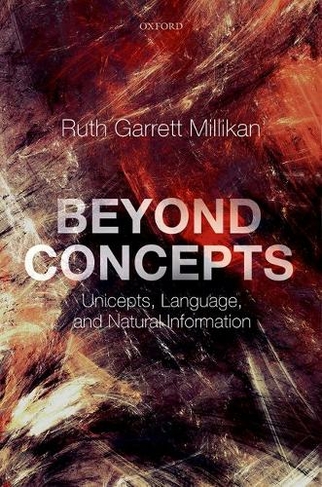 Also available on eBook for £22.55. Click here to purchase from Rakuten Kobo

Ruth Garrett Millikan presents a highly original account of cognition - of how we get to grips with the world in thought. The question at the heart of her book is Kant's 'How is knowledge possible?', but answered from a contemporary naturalist standpoint. The starting assumption is that we are evolved creatures that use cognition as a guide in dealing with the natural world, and that the natural world is roughly as natural science has tried to describe it. Very unlike Kant, then, we must begin with ontology, with a rough understanding of what the world is like prior to cognition, only later developing theories about the nature of cognition within that world and how it manages to reflect the rest of nature. And in trying to get from ontology to cognition we must traverse another non-Kantian domain: questions about the transmission of information both through natural signs and through purposeful signs including, especially, language. Millikan makes a number of innovations. Central to the book is her introduction of the ideas of unitrackers and unicepts, whose job is to recognize the same again as manifested through the jargon of experience. She offers a direct reference theory for common nouns and other extensional terms; a naturalist sketch of conceptual development; a theory of natural information and of language function that shows how properly functioning language carries natural information; a novel description of the semantics/pragmatics distinction; a discussion of perception as translation from natural informational signs; new descriptions of indexicals, demonstratives and intensional contexts; and a new analysis of the reference of incomplete descriptions.

Ruth Garrett Millikan is Distinguished Professor Emerita at the University of Connecticut. She was raised in the college town of Swarthmore, Pennsylvania, and educated at Oberlin College and Yale University. She is a Member of the American Academy of Arts and Sciences, and Winner of the 2017 Rescher Prize for Systematic Philosophy. She is also the winner of the 2017 Rolf Shock Prize in Logic and Philosophy. Her other books are Language, Thought and OtherBiological Categories (1984), White Queen Psychology and Other Essays for Alice (1993), On Clear and Confused Ideas (2000), Varieties of Meaning (2004), and Language: A Biological Model (2005).