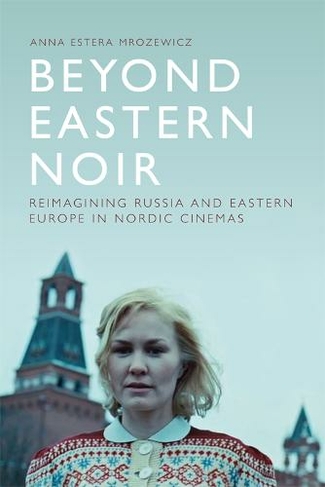 Addressing representations of Russia and neighbouring Eastern Europe in post-1989 Nordic cinemas, this ground-breaking book investigates their hitherto overlooked transnational dimension. Departing from the dark stereotypes that characterise much of 'Eastern noir', the book presents Russia and Eastern Europe as imagined spaces depicted with a surprisingly rich, but previously neglected cinematic diversity. Cross-disciplinary in its approach, and utilising in-depth case studies of feature films, documentaries and television dramas, such as Lilya 4-ever, A Pigeon Sat on a Branch Reflecting on Existence and Occupied, the book presents a variety of perspectives on Russia and Eastern Europe found in the Nordic audiovisual imagination and considers how increasingly transnational affinities have led to a reimagining of Norden's eastern neighbours in contemporary Nordic films. 20 B/W illustrations

Anna Estera Mrozewicz is a scholar in Scandinavian Studies and Assistant Professor at the Department of Film, Media and Audiovisual Arts, Adam Mickiewicz University, Poznan. Previously, she pursued post-doctoral studies at the Department of Scandinavian Studies and Linguistics, University of Copenhagen (2010-12). She has published extensively on Danish and Nordic literature and cinema, including Nordic/Eastern European transnational identities and films of Carl Th. Dreyer.