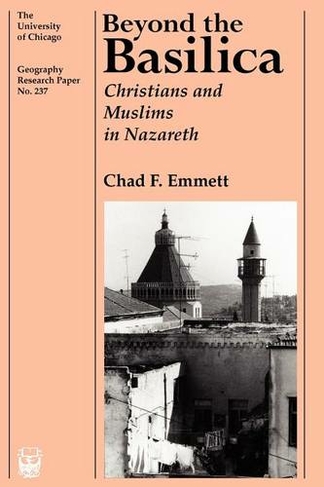 Beyond the Basilica Christians and Muslims in Nazareth 237

Nazareth, the largest Arab city in Israel, is a surprising example of ethnic harmony in a region dominated by conflict. A recent trend toward integration of its historical Greek Orthodox, Roman Catholic and Muslim quarters, however, has disrupted the harmony. In this book, Emmett provides an analysis of the complex relationship between the structure of Nazareth's quarters and the relations between its ethnic communities. Emmett describes both the positive and negative effects of Nazareth's residential patterns. He shows that the addition of new and ethnically mixed quarters has promoted mixed schools, joint holiday celebrations, a common political culture and social networks that cross ethnic boundaries. But he also finds that tensions exist among Christian groups and between Muslims and Christians in regard to intersectarian marriages, religious conversion, attempts to establish a joint Christian cemetery and the emergence of a local Islamic party. Extensive interviews with leaders of religious groups, political parties and residents reveal the way in which members of each ethnic community perceive one another. A survey of 300 families provides details about the make-up of Nazareth's population, including residential histories, religion, level of religious conviction, friendship and shopping patterns. The maps trace changes in the distribution of religious groups and political affiliation in Nazareth from the mid-19th century to the present. This book should be of interest to cultural geographers, historians, demographers, political scientists and anyone who would like to learn more about an ethnically divided community in which the residents co-operate more than they fight. 14 maps