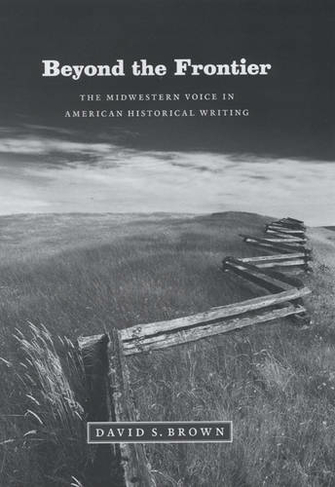 Beyond the Frontier The Midwestern Voice in American Historical Writing

As the United States went to war in 1941, "Time" magazine founder Henry Luce coined a term for what was rapidly becoming the establishment view of America's role in the world: the twentieth century, he argued, was the American Century. Many of the nation's most eminent historians - nearly all of them from the East Coast - agreed with this vision and its endorsement of the vigorous use of power and persuasion to direct world affairs. But an important concentration of Midwestern historians actively dissented. With "Beyond the Frontier", David S. Brown tells their little-known story of opposition. Raised in a cultural landscape that combined agrarian provincialism with reform-minded progressivism, these historians - among them Charles Beard, William Appleman Williams, and Christopher Lasch - argued strenuously against the imperial presidencies, interventionist foreign policies, and Keynesian capitalism that swiftly shaped cold war America. Casting a skeptical eye on the burgeoning military-industrial complex and its domestic counterpart, the welfare state, they warned that both components of the liberal internationalist vision jeopardized the individualistic, republican ethos that had long lain at the heart of American democracy. Drawing on interviews, personal papers, and correspondence of the key players in the debate, Brown has written a fascinating follow-up to his critically acclaimed biography of Richard Hofstadter. Illuminating key ideas that link Midwestern writers from Frederick Jackson Turner all the way to William Cronon and Thomas Frank, "Beyond the Frontier" is intellectual history at its best: grounded in real lives and focused on issues that remain salient - and unresolved - even today. 6 halftones

David S. Brown is professor of history at Elizabethtown College. He is the author of Richard Hofstadter: An Intellectual Biography, published by the University of Chicago Press.