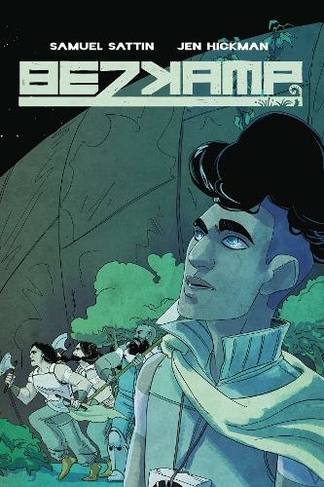 Nem is living in his father's shadow. Migal, one of the strongest warriors in all of BezKamp, is disappointed that his son shows no sign of fire or strength. Nem would rather spend his days collecting rare artifacts from their village's ancestors, especially books and writings, even though the written word has been outlawed in BezKamp for decades. On their planet of Klassew, the people live in fear of the dangerous Crig beasts that can poison their land. BezKamp is isolated from the Crig territory, and the villagers techno-ritual called "Creejun" allows them to cultivate land and expand their territory. But when unexpected corruption begins taking land and lives around BezKamp, the village leaders, warriors, and healers must venture out of the city gates to war-torn lands to protect their livelihood. Heading the charge, Migal hopes to use this mission as a way to finally show his son the meaning of honor and responsibility. When Nem begins to see more of Klassew beyond his home village, he sees a world full of corruption, deceit, and lies. When he meets Janny, a BezKamp outsider living off the land on her own, Nem's view of BezKamp begins to shatter. As the pair begins to unlock deep-seeded secrets about their peoples suppressed past, Nem learns that the strongest warrior fights for the truth.