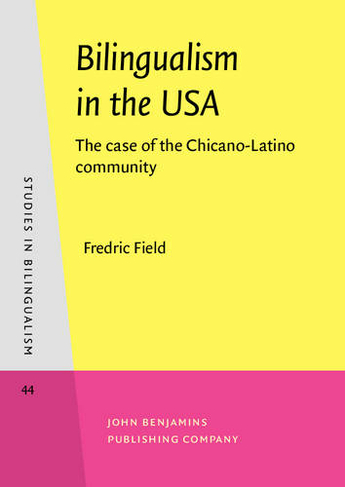 By Fredric W. Field (Author)
Paperback
https://www.whsmith.co.uk/products/bilingualism-in-the-usa-the-case-of-the-chicanolatino-community-44/fredric-w-field/paperback/9789027241849-01-000.html £28.00
GBP
Availability
Currently unavailable. We don't know when or if this item will be back in stock
Share

This text provides an overview of bi- and multilingualism as a worldwide phenomenon. It features comprehensive discussions of many of the linguistic, social, political, and educational issues found in an increasingly multilingual nation and world. To this end, the book takes the Chicano-Latino community of Southern California, where Spanish-English bilingualism has over a century and a half of history, and presents a detailed case study, thereby situating the community in a much broader social context. Spanish is the second most-widely spoken language in the U.S. after English, yet, for the most part, its speakers form a language minority that essentially lacks the social, political, and educational support necessary to derive the many cognitive, socioeconomic, and educational benefits that proficient bilingualism can provide. The issues facing Spanish-English bilinguals in the Los Angeles area are relevant to nearly every bi- and multilingual community irrespective of nation, language, and/or ethnicity.