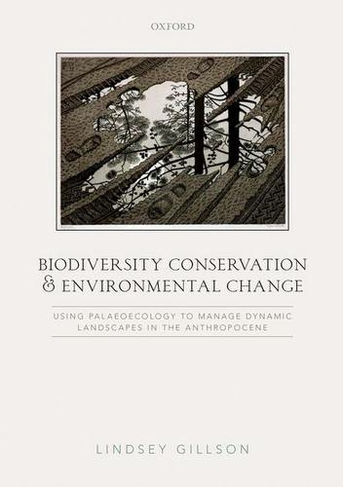 Also available on eBook for £36.59. Click here to purchase from Rakuten Kobo

Ecosystems today are dynamic and complex, leaving conservationists faced with the paradox of conserving moving targets. New approaches to conservation are now required that aim to conserve ecological function and process, rather than attempt to protect static snapshots of biodiversity. To do this effectively, long-term information on ecosystem variability and resilience is needed. While there is a wealth of such information in palaeoecology, archaeology, and historical ecology, it remains an underused resource by conservation ecologists. In bringing together the disciplines of neo- and palaeoecology and integrating them with conservation biology, this novel text illustrates how an understanding of long-term change in ecosystems can in turn inform and influence their conservation and management in the Anthropocene. By looking at the history of traditional management, climate change, disturbance, and land-use, the book describes how a long-term perspective on landscape change can inform current and pressing conservation questions such as whether elephants should be culled, how best to manage fire, and whether ecosystems can or should be "re-wilded" Biodiversity Conservation and Environmental Change is suitable for senior undergraduate and post-graduate students in conservation ecology, palaeoecology, biodiversity conservation, landscape ecology, environmental change and natural resource management. It will also be of relevance and use to a global market of conservation practitioners, researchers, educators and policy-makers.

Lindsey Gillson was educated at the University of Oxford and Imperial College London. She worked in wildlife conservation for several years before returning to Oxford to research the application of palaeoecology in conservation, specialising in the management of African savannas as the subject of her doctoral thesis. She was appointed Trapnell Fellow in African Terrestrial Ecology at the University of Oxford in 2001, and moved to South Africa in 2006 to take up apost at the University of Cape Town. She is Deputy Director of the Plant Conservation Unit, and continues to work on the application of long-term data in the conservation and management of African biomes, and in developing the interface between palaeoecology and conservationbiology.