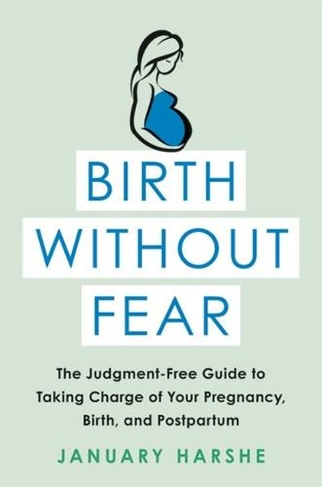 Birth Without Fear The Judgment-Free Guide to Taking Charge of Your Pregnancy, Birth, and Postpartum

BIRTH WITHOUT FEAR is a passionate and straightforward message of empowerment surrounding pregnancy, birth, and postpartum from a respected and inspirational authority in the pregnancy, birth, and motherhood world. It will fill in the considerable cracks in the information available to women and families, covering care provider choices, medical freedom, birth preparation, birth options, breastfeeding, intimacy, and postpartum depression. In addition, it will show moms, dads, partners, and families how to choose the best provider for them, to trust in themselves and in birth, and to seek the necessary help after that baby has arrived. It will educate them about their rights and how to exercise them, and how to cope with those messy feelings that no one else is willing to talk about. It will help partners understand what women are going through, how to support them, and discuss the challenges that they, too, will face, and how to overcome them. This will be the most important book women, and their partners, will ever read as they prepare to welcome a new child into the world. It will shatter long held myths and beliefs surrounding pregnancy, birth, and postpartum. It will also educate birth care providers about the human beings--not just patients--under their care and how to best prepare them for the changes to come.

The mother of six children, January Harshe knows firsthand how widely birth experiences can range. In 2010 January founded the Birth Without Fear Facebook page and Birth Without Fear Blog in order to spread her message of empowerment, to give women their voices back in the face of a powerful medical industrial complex and widespread cultural ignorance about birth. Soon, Birth Without Fear became so much more than a website--January had sparked a movement. Her community had grown so big that January expanded her platform so she could speak directly to areas of specific need. She created Take Back Postpartum, Don't Forget Dads, and Breastfeed Without Fear under the Birth Without Fear tent, all of which today collectively represent a social media following of over 1 million and counting.