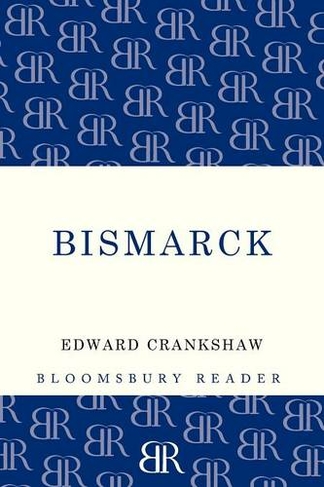 The awesome figure of Otto von Bismarck, the 'Iron Chancellor', dominated Europe in the late 19th century. His legendary political genius and ruthless will engineered Prussia's stunning defeat of the Austrian Empire and, in 1871, led to his most dazzling achievement - the defeat of France and the unification of Germany. In this highly acclaimed biography, first published in 1981, Edward Crankshaw provides a perceptive look at the career of the First Reich's mighty founder - at his brilliant abilities and severe limitations and at the people who granted him the power to transform the shape and destiny of Europe.

Edward Crankshaw (1909 - 1984) was a British writer, translator and commentator on Soviet affairs. Born in London, Crankshaw was educated in a non-conformist public school, Bishop's Stortford College in Hertfordshire. He began his career as a journalist at The Times, a position he only held for a few months. In the 1930s he lived in Vienna, Austria, teaching English and learning German (his competent grasp of German led him to become part of the British Intelligence service during World War II). On his return to England he went back to working for The Times and also began to write reviews-mostly musical-for The Spectator, The Bookman, and other periodicals. Crankshaw wrote around 40 books on Austrian and Russian subjects and after the war began his research in much more depth. Crankshaw's book on Nazi terror, Gestapo (1956), was widely read; in 1963 he began to produce more ambitious literary works, often on historical or monumental moments in Russian Political history.