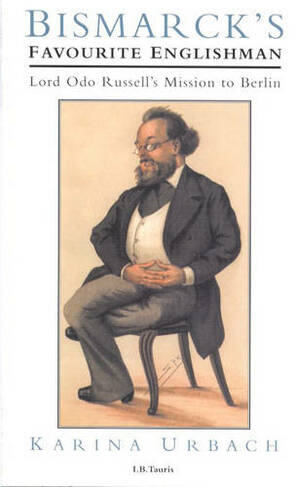 The Iron Chancellor, Otto von Bismarck, leader of the rising German Empire based on Prussian militarism and discipline, and Lord Odo Russell, Britain's Liberal Ambassador when her empire was at its most powerful, serene and confident, were politically and socially worlds apart. Their remarkable friendship, which is examined in this volume, endured intense national rivalry which would change the face of Europe and the world, and end in world war. The author sets out to illustrate major themes of the relationship between Bismarck and Russell: the Franco-Prussian war; Turkey as "the sick man of Europe", and the Eastern Question; relations with France, Russia and other European powers; the beginnings of imperial rivalry; and the clash of ideologies between liberal Anglo-Saxon beliefs and the militarism of the new Germany. Emerging from the text is a picture of the German Imperial court and of British political society at its highest. 8 b&w illustrations

Karina Urback is Assistant Professor of History at the University of Bayreuth, Germany.