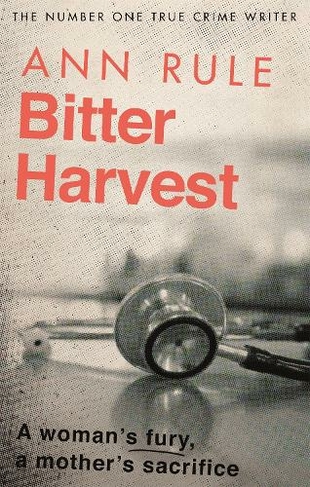 From the bestselling true crime author comes the mesmerising true story of Debora Green, a beautiful, wealthy, successful doctor and mother of three whose murderous rage and jealousy brings death and destruction to her family. With direct access to all the principles including Green, the prosecutor, detectives and arson investigators Ann Rule gives us a horrifying portrait of a woman who had it all and lost it. BITTER HARVEST is the chronicle of a tragedy in the heartland of America, the true story of the disintegration of a marriage and its horrifying consequences. As in her earlier books, Ann Rule takes the reader deep into the psyche of a killer whose behaviour, so twisted and so evil, defies belief. Her book is also the story of the tireless and skilful investigators, forensic scientists and prosecutors who finally brought that killer to justice. Gripping, powerful, and ultimately terrifying, BITTER HARVEST is a vivid re-creation of an unthinkable crime - and a depiction of the unimaginable depths of darkness within the human spirit.