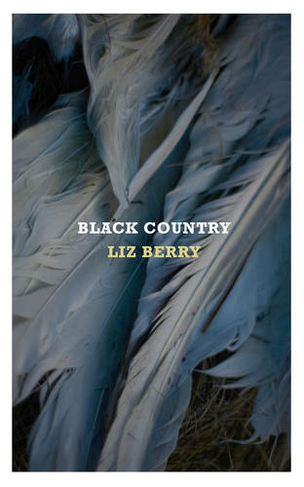 By Liz Berry (Author)
Paperback
£8.20 rrp £10.00 Save £1.80 (18%)
GBP
Availability
Available / dispatched within 1 - 2 weeks
Free Delivery Available When You Spend £15 Or More
Details
Spend £15 On Products To Receive Free Standard Delivery To Your Home Or Free Next Day Click and Collect To Stores
Share

WINNER OF THE FORWARD PRIZE BEST FIRST COLLECTION 2014 *PBS Recommendation 2014* 'When I became a bird, Lord, nothing could not stop me...' In Black Country, Liz Berry takes flight: to Wrens Nest, Gosty Hill, Tipton-on-Cut; to the places of home. The poems move from the magic of childhood - bostin fittle at Nanny's, summers before school - into deeper, darker territory: sensual love, enchanted weddings, and the promise of new life. In Berry's hands, the ordinary is transformed: her characters shift shapes, her eye is unusual, her ear attuned to the sounds of the Black Country, with 'vowels ferrous as nails, consonants / you could lick the coal from.' Ablaze with energy and full of the rich dialect of the West Midlands, this is an incandescent debut from a poet of dazzling talent and verve.

Liz Berry was born in 1980 in the Black Country. She received an Eric Gregory Award, an Arvon-Jerwood Mentorship, and her pamphlet The Patron Saint of Schoolgirls was published by Tall-Lighthouse in 2010. Her work has appeared in Poetry Review and Poetry London and have been broadcast on BBC Radio 3. In 2011, her poem 'Birmingham Roller' was commended in the National Poetry Competition and 'Sow' won second prize in the Poetry London competition. In 2012, 'Bird' received first prize in the Poetry London competition. She works as an infant school teacher and is the assistant poetry editor at Ambit magazine.