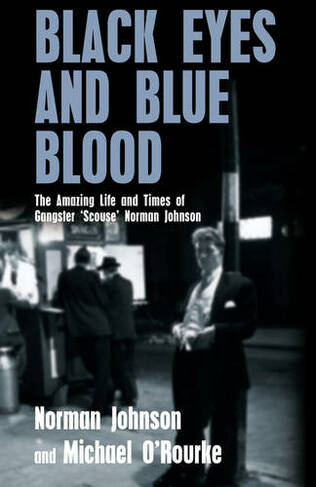 By Michael O'Rourke (Author), Norman Johnson (Author)
Paperback
https://www.whsmith.co.uk/products/black-eyes-and-blue-blood-the-amazing-life-and-times-of-gangster-scous/michael-orourke/norman-johnson/paperback/9781845963552-01-000.html £9.19 rrp £9.99 Save £0.80 (8%)
GBP
Availability
Currently unavailable. We don't know when or if this item will be back in stock
Share

The names of infamous crooks such as the Richardsons, Frankie Fraser and the Krays are all indelibly linked with the London gangland scene of the 1950s and '60s. One man who stayed under the radar, however, was 'Scouse' Norman Johnson, whose fearless approach to any problem that came his way quickly earned him the respect of his criminal contemporaries. In this amazing autobiography, Johnson documents the many twists and turns that his life has taken, including his foray into London's gangland in the early '50s, after spending his formative years in Liverpool; his acceptance into the fold of one of the top New York Mafia crime families upon relocating there in the 1980s; and his intense affair with an Omani princess, possibly the only time that the heavily protected sanctuary of a Middle Eastern royal has been infiltrated by a Westerner. Black Eyes and Blue Blood offers a fascinating insight into the underworld on both sides of the Atlantic and beyond over the four decades that Johnson ducked and dived, mixing with some of the world's best-known gangsters, sportsmen and showbiz personalities, including Rocky Graziano, Jake LaMotta, Frank Sinatra and Tom Jones, along the way. 1 x 8pp colour

Norman Johnson was born in Merseyside in 1933 and now lives quietly in Stafford, close to his daughters and grandchildren. Michael O'Rourke was born in 1955. He has been a close friend of Norman Johnson's for over 20 years and lives in Yarnfield.