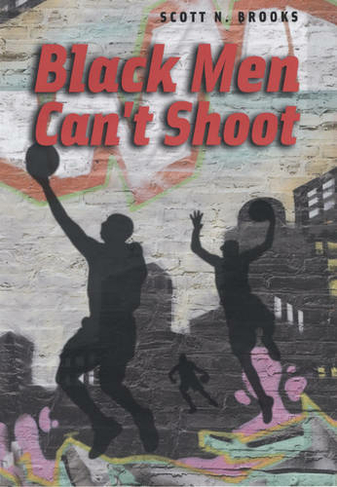 The myth of the natural black athlete is widespread, though it's usually only talked about when a sports commentator or celebrity embarrasses himself by bringing it up in public. Those gaffes are swiftly decried as racist, but apart from their link to the long history of ugly racial stereotypes about black people - especially men - they are also harmful because they obscure very real, hard-fought accomplishments. As "Black Men Can't Shoot" demonstrates, such successes on the basketball court don't just happen because of natural gifts - instead, they grow out of the long, tough, and unpredictable process of becoming a known player. Scott N. Brooks spent four years coaching summer league basketball in Philadelphia. And what he saw, heard, and felt working with the young black men on his team tells us much about how some kids are able to make the extraordinary journey from the ghetto to the NCAA. To show how good players make the transition to greatness, Brooks tells the story of two young men, Jermaine and Ray, following them through their high school years and chronicling their breakthroughs and frustrations on the court as well as their troubles at home. We witness them negotiating the pitfalls of forging a career and a path out of poverty, we see their triumphs and setbacks, and we hear from the network of people - their families, the neighborhood elders, and Coach Brooks himself - invested in their fates. "Black Men Can't Shoot" has all the hallmarks of a classic sports book, with a climactic championship game and a suspenseful ending as we wait to find out if Jermaine and Ray will be recruited. Brooks' moving coming-of-age story counters the belief that basketball only exploits kids and lures them into following empty dreams - and shows us that by playing ball, some of these young black men have already begun their education even before they get to college. 4 tables

Scott N. Brooks is assistant professor of sociology at the University of California, Riverside.