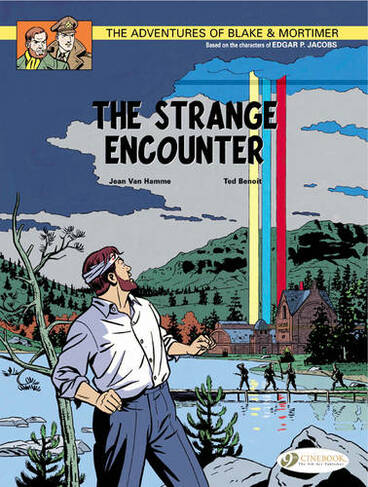 By Jean Van Hamme (Author)
Paperback
£7.37 rrp £8.99 Save £1.62 (18%)
GBP
Availability
Available / dispatched within 1 - 2 weeks
Free Delivery Available When You Spend £15 Or More
Details
Spend £15 On Products To Receive Free Standard Delivery To Your Home Or Free Next Day Click and Collect To Stores
Share

Blake and Mortimer head to the United States to investigate the mysterious circumstances surrounding the discovery of a 177-year-old body, which appears to have died very recently. The body is that of a Scottish major, Mortimer's forebear, who was leading a British military expedition to the US in 1777, where he was swallowed up by a strange multi-coloured light-beam shining down from the sky. Blake and Mortimer fight men in black armed with green-laser guns and soldiers emerging from the past in order to save the Earth from complete obliteration. 654 illustrations

Jean Van Hamme and Ted Benoit are one of two teams who carried on the Blake and Mortimer series after its Belgian creator's death in 1987 (the other team was made up of Yves Sente and Andre Juillard). Jean Van Hamme's popular series, also published by Cinebook, are Thorgal, Largo Winch and Lady S. The artist Ted Benoit is a big admirer and supporter of the A"ligne claireA" instituted by Herge and E. P. Jacobs.