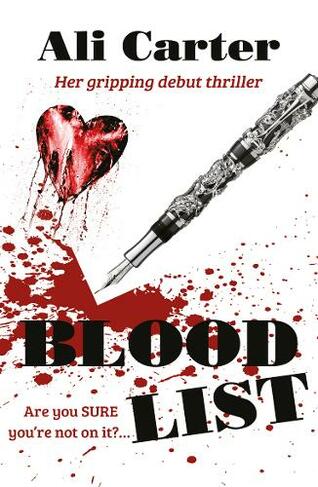 Think the Lake District is a lovely place to visit? Think again. A chilling psychological thriller set in and around the fictional town of Kirkdale in Cumbria. One by one the young women of Kirkdale are being found grotesquely murdered, with no clues as to why. Lying between the great lake Kirkwater and the base of Kirkby Pike, although beautiful, Kirkdale isn't exactly the most exciting place on the planet. But after young reporter Jenny Flood moves into the relaxed Cumbrian town, it sets a catalogue of events in motion that brings this comfortable community to its knees. When middle aged G.P. Charlotte Peterson discovers Jenny has followed her from Bradenthorpe, six years after a fling with her philandering doctor husband Miles, it stirs deeply buried mental health issues from her youth. In the run up to the Kirkdale country show, the arrival of this third and most recent adversary triggers the already edgy and emotionally scarred Charlotte into finally stepping over the edge. Her longing to destroy Jenny has been on a slow and very resentful burn for years, now the reality of achieving that presents itself as a genuine possibility. Can journalist Andrew Gale protect new colleague Jenny, girlfriend Gina and her best friend Molly from the psychotic GP's insane agenda? How will sarcastic ex Met. Officer Harry Longbridge deal with Andrew's continued interference? Then there's the unexpected arrival of an American mystery woman. And just who is on the Blood List?

Ali Carter lives in Norfolk with her husband, a retired police officer who advised on the police procedural and legal aspects of this story. Previously she has had success writing poetry, but this is her first fiction title. A sequel is being prepared.