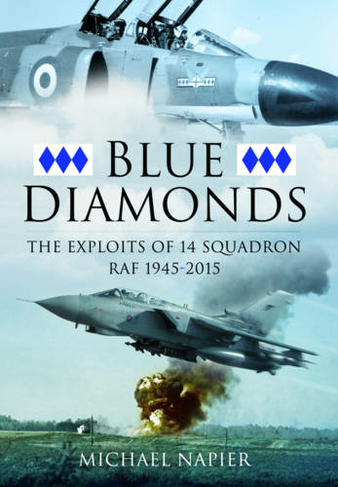 In the seven decades since the Second World War, 14 Squadron has operated a wide array of aircraft types (Mosquitoes, Vampires, Venoms, Hunters, Canberras, Phantoms, Jaguars and Tornados) in a fascinating variety of roles. For much of this time, the Squadron was based in Germany at the front line of the Cold War, but it also participated in the Gulf War in 1991, in operations over Iraq from 1991-2009, in the Kosovo conflict in 2000 and latterly during the war in Afghanistan, firstly with the Tornado GR4 and then with the Shadow R1. Today the Squadron operates in great secrecy in an Intelligence, Surveillance, Target Acquisition and Reconnaissance role. Having had access to log-books, contemporary diaries, maps and photographs, as well as oral and written accounts from a large number of ex-Squadron members, the author has been able to produce as complete an account as is presently possible of the operational history of 14 Squadron in the second half of the twentieth century and the opening years of the twenty-first. 90 black and white integrated images (plus 8 pages of colour images)

The elder son of an army officer, Michael Napier joined the RAF in 1978 and served with 14 Squadron as a Tornado pilot in the late 1980s and again in the early 1990s. These two tours engendered a deep interest in 14 Squadron's distinguished history. He was appointed as Honorary Secretary of the 14 Squadron Association in 2003 and since then has carried out extensive research into the Squadron's heritage. He is the author of Winged Crusaders: 14 Squadron RFC and RAF 1915-1945. Now an airline captain, he lives in the Cotswolds with his wife and two children.