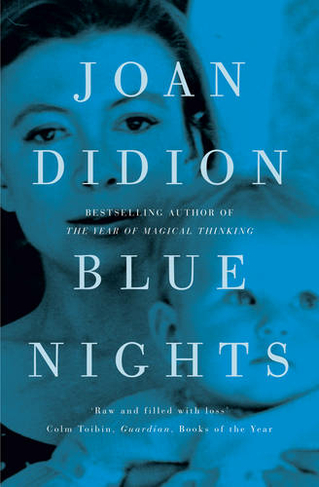 By Joan Didion (Author)
Paperback
£7.37 rrp £8.99 Save £1.62 (18%)
GBP
Availability
In Stock
Free Delivery Available When You Spend £25 Or More
Details
Spend £25 On Products To Receive Free Standard Delivery To Your Home Or Free Next Day Click and Collect To Stores

From one of our most powerful writers, a work of stunning frankness about losing a daughter. Richly textured with bits of her own childhood and married life with her husband, John Gregory Dunne, and daughter, Quintana Roo, this new book by Joan Didion examines her thoughts, fears, and doubts regarding having children, illness, and growing old. Blue Nights opens on July 26, 2010, as Didion thinks back to Quintana's wedding in New York seven years before. Today would be her wedding anniversary. This fact triggers vivid snapshots of Quintana's childhood - in Malibu, in Brentwood, at school in Holmby Hills. Reflecting on her daughter but also on her role as a parent, Didion asks the candid questions any parent might about how she feels she failed either because cues were not taken or perhaps displaced. 'How could I have missed what was clearly there to be seen?' Finally, perhaps we all remain unknown to each other. Blue Nights - the long, light evening hours that signal the summer solstice, 'the opposite of the dying of the brightness, but also its warning' - like The Year of Magical Thinking before it, is an iconic book of incisive and electric honesty.

Joan Didion is the author of five novels and seven previous books of nonfiction: among them the great portraits of a decade in essays, 'Sentimental Journeys', 'The White Album', and 'Slouching Towards Bethlehem'. Her previous book, 'The Year of Magical Thinking' was an international bestseller.