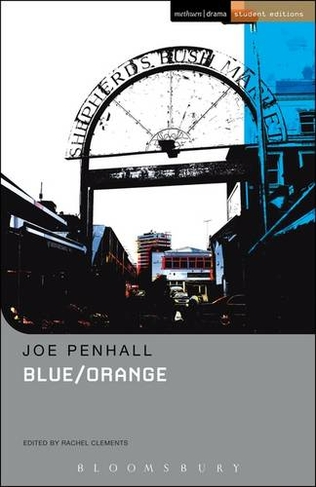 In a London psychiatric hospital, an enigmatic patient claims to be the son of an African dictator - a story that becomes unnervingly plausible. An incendiary tale of race, madness and a Darwinian power struggle at the heart of a dying National Health Service, Blue/Orange premiered at London's Cottesloe Theatre in April 2000 and transferred to the West End in 2001. Award-winning writer Joe Penhall first rose to prominence in 1994 with his Royal Court play Some Voices and he has been described by the Financial Times as 'one of the finest playwrights of his generation.' Blue/Orange is an accessible and vibrant play, which explores a number of important issues and which makes it a good choice to study. This includes themes of race and representation, sanity and insanity (and in particular the social structures, stigma and complexity surrounding schizophrenia), as well the political context of New Labour and spin, and questions of prejudice and difference. This Student Edition features expert and helpful annotation, including a scene-by-scene summary, a detailed commentary on the dramatic, social and political context, and on the themes, characters, language and structure of the play, as well as a list of suggested reading and questions for further study and a review of performance history.

Award-winning writer Joe Penhall was described by the Financial Times as 'one of the finest playwrights of his generation.' His debut at the Royal Court, Some Voices, won the John Whiting Award for best new play. His National Theatre play Blue/Orange won an Olivier Award, an Evening Standard Award and the Critics Circle Award for Best Play. Joe wrote and produced the BAFTA winning BBC serial Moses Jones and his feature film of Some Voices starred Daniel Craig and premiered in competition at the Cannes Film festival . This was followed by Enduring Love, also starring Daniel Craig, based on Ian McEwan's novel; and his adaptation of Cormac McCarthy's novel, The Road, starring Charlize Theron and Viggo Mortensen, which premiered in competition at the Venice Film Festival in 2009.