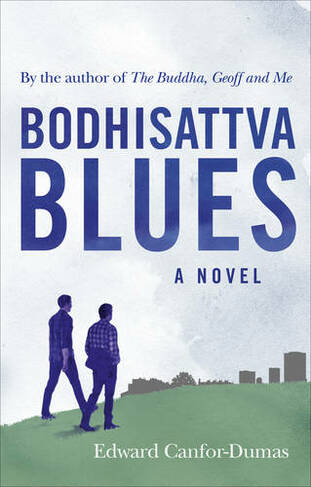 By Edward Canfor-Dumas (Author)
Paperback
https://www.whsmith.co.uk/products/bodhisattva-blues/edward-canfordumas/paperback/9781846044298-01-000.html N/A
GBP
Availability
Currently unavailable. We don't know when or if this item will be back in stock
Free Saver Delivery on orders over £20
Details
FREE SHIPPING over £20 for Saver Delivery
Share

Ed is stuck in a rut - his part-time 'career' is going nowhere, his love life's a joke and his wallet's always empty. The thing about a rut, though, is at least you know where you are. So when Ed runs into an old acquaintance and is sucked into a drama of street crime and high-stakes property dealings, he turns to the principles that once served him well. Except - he's not sure if he can still trust them, especially as his Buddhist practice is a bit on the rusty side... Written by Edward Canfor-Dumas, award-winning screen writer and novelist, this is an urban story with a twist and a wry appreciation of the challenges we face every day - whether we're muddling by, or, like Ed, suffering from a severe case of the bodhisattva blues... A book for everyone who's ever wondered whether enlightenment really is compatible with the daily commute.

Edward Canfor-Dumas is a novelist and an award-winning TV scriptwriter. He was educated at New College, Oxford and after a spell as a comedy writer and performer started writing for popular television series such as The Bill and Kavanagh QC. His TV work includes Tough Love, Pompeii: the Last Day and Supervolcano. He took a lead role in establishing the All-Parliamentary Group on Conflict Issues, launched February 2007, and in 2011 co-founded Engi, a social enterprise that works with businesses, civil society and government to reduce conflict. He is the author of The Buddha, Geoff and Me and is a practising Buddhist.

Bodhisattva Blues
Bodhisattva Blues
Edward Canfor-Dumas
Paperback
Currently unavailable. We don't know when or if this item will be back in stock
https://www.whsmith.co.uk/products/bodhisattva-blues/edward-canfordumas/paperback/9781846044298.html N/A
GBP