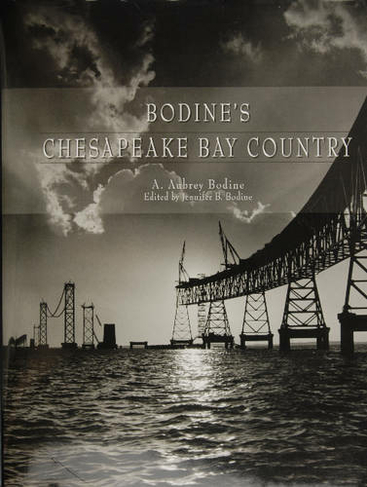 "Photography in the United States was a big thrill, but I always get a bigger thrill when I make a picture of a fleet of dredge boats moving over an oyster bed on a beautiful autumn day." -A. Aubrey Bodine Bodine's Chesapeake Bay Country is by and about A. Aubrey Bodine, one of the greatest photographers of his time and a Maryland treasure. Bodine's photographs chronicled nearly every aspect of Maryland life on the pages of the Baltimore Sun papers from 1924 to 1970, and won nearly a thousand awards in national and international competitions. This volume, containing 286 digitally restored pictures, is divided into five distinct areas of Maryland: Baltimore and surrounds, Chesapeake Bay, Eastern Shore, Southern Maryland and Annapolis, and Western Maryland. Published between 1952 and 1970, Bodine's first four books, My Maryland, Chesapeake Bay and Tidewater, Face of Maryland, and Face of Virginia, were immensely popular. This volume follows a similar format to those books. Editor Jennifer Bodine, the photographer's daughter, has used essays and photo captions from Bodine's earlier books, where appropriate, to convey Bodine's unique observations and his own words. The Baltimore Sun graciously gave Jennifer Bodine access to its extensive archive, allowing her to include unique, interesting, and historical photographs from the Sun collection. Photographs also were selected from Bodine's books, and the Bodine family archive. 283 b/w photos

Jennifer Bodine is A. Aubrey Bodineas only child and the custodian of his work and legacy. She spends much of her time cataloguing Bodineas massive collection of images. Her previous occupations include stained glass artist and trial lawyer.