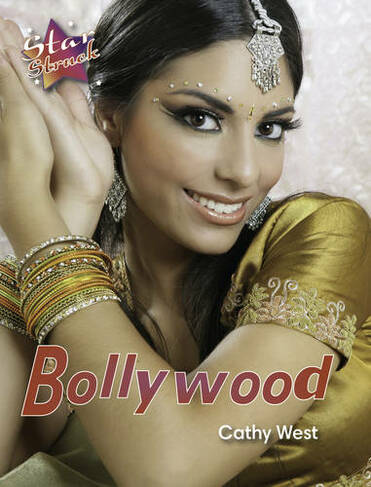 Discover the music, clothes and dancing styles of Bollywood films and culture. Who are the top Bollywood actors? Which are the top Bollywood films? Then read about Hansa's dream of being in a Bollywood film, in the story 'Drama Queen'. Glitz! Glamour! Drama! Delve into the fantastic world of the performing arts with this book from the Starstruck series. A non-fiction section is followed by a fiction story on the same topic. Filled with striking photographs and illustrations, this book is ideal for any child who has an interest in an aspect of the world behind the stage curtain.

Cathy West is the pseudonym used by a team of two authors who specialise in books that develop reading skills and an enthusiasm for reading in reluctant and struggling readers. Having already worked on successful series for boys they have designed Starstruck particularly with girls in mind.